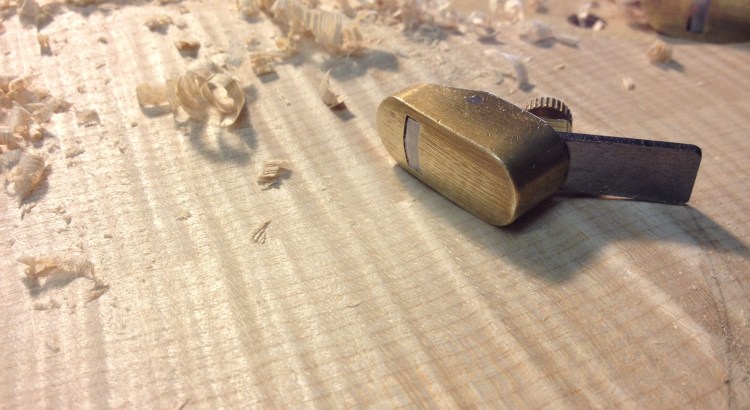 Following my art college training, I began making instruments in 1997/8. I was first inspired by all the instruments I was seeing on the folk scene at that time as well as a handmade guitar and mandolin I’d  bought a few years earlier. Tapping into my love of skilled and detailed work, I made my first guitar on an evening class with well known Spanish guitar maker, Stephen Hill in Lewes, East Sussex. I then went on to rent a bench in his busy workshop and worked with Stephen as a repairer/restorer whilst developing my own mandolin family instruments. This was the ideal training as I was immersed in a professional atmoshere and quickly learned the ropes of running a small crafts business producing high quality instruments.

I went full time in 2003 and after a six month break from making whilst in South America, took on my own workshop in the Star Brewery, Lewes and started making and repairing acoustic guitars. I rented a larger workshop in 2006, took on fellow guitar maker, Nick Benjamin’s repairs and started to teach an evening class which some years later led to the month long courses I now run. Throughout that time I continued to develop my making of both guitars and mandolin family, established a firm client base and eventually took on a young apprentice, Cameron Mobbs. Cameron has now inherited my Sussex repair business and is starting to make his own guitars.

I have now moved with the family, taken on a lovely new workshop in Llanidloes, Mid Wales and from Feburary 2015 will be continuing with making and running my month long guitar making courses.

I have had the pleasure of working alongside two respected makers over the last 15 years, Stephen Hill and Nick Benjamin. These relationships have been key to shaping my understanding of my craft and I am truly thankful for their input. 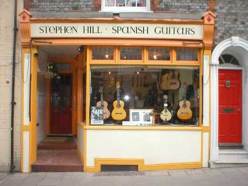 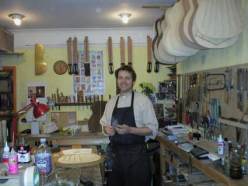 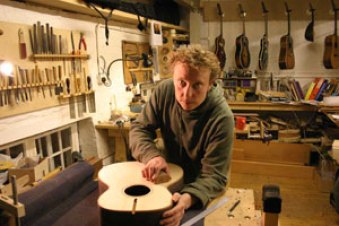 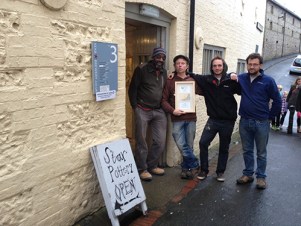 The guitar just arrived, no problem.Superb workmanship, love the abalone and bindings, all very tasteful. Rarely does one see such a high standard of finish.Have only played it for a few minutes, but immediately I know the guitar is very well balanced tonally, but also has some projection and bass. Very pleased,  Keith Gustafson, Northumberland UK

Would to give you a report on how I'm getting on with the guitar. First of all I love it, I love it so much. I couldn't have dreamed of finding a guitar that suits me more. Its voice is so beautifully clear, soft and well spoken. I've tried it live a few times and have been experimenting with the DI box. It is an awesome combination. Really works so well for what I am doing. Stefan Galt, Dublin, Eire
The guitar is playing beautifully and everyone who hears it remarks upon the depth of tone and crisp sound. I cannot improve on the harmonic sounds achieved in “Damselfly” on the “Inspirations” album. This is a tribute to you. Trevor Hill Sussex UK

The guitar is going great guns by the way, in the end I used it for every track on the new album, the (other guitar) didn't get a look in. It's really opened up and is a joy to play. Sam Carter

Just wanted to say……this guitar is just fabulous. I really love it. Our out front guy – Ray Furze, a veteran - did Rickie Lee jones for years, came up to me after an hour of rehearsing goggle eared and said he'd never heard an acoustic sound like it. In a good way of course. It's really beautiful and…..I've never had a guitar made for me before, and it's already me. I'm scared of roading it but it needs playing in. And damn you, it just sounds and plays too good. All the way up the neck.
So….really…thank you. You make the finest of instruments….. Calum McColl